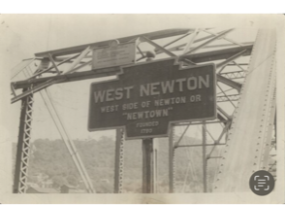 Vintage photo provided by B. Markle 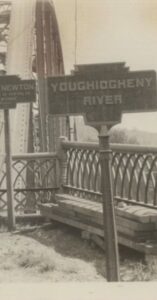 The second photo also shows the Youghiogheny River stream marker which was also located at the west end of the bridge crossing.