Marker found in storage at PennDot. Turned over to mayor of Abbottstown Dec. 2012 for restoration. 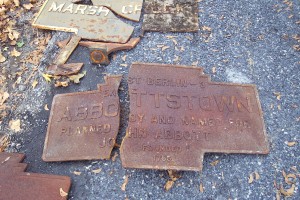 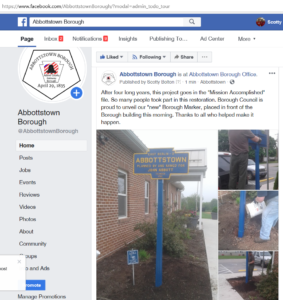 Photo of news item by Borough 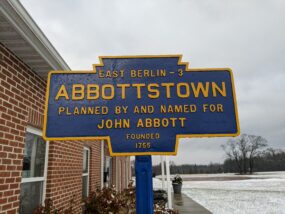