This sign marks the site of the former Greenwood tree nursery operated by the PA. Bureau of Foresty for many years. It is a double-sided sign with a top-mount post like those used to mark stream crossings.

The former nursery is now part of the adjacent Greenwood Furnace State Park.  When the tree nursery closed, the buildings were transferred to the state park.  This marker was found stored away in one of them and reinstalled by the park staff.  A similar marker stands at the still operational Penn Nursery in Centre County.

The marker was struck and broken by an errant driver in 2016.  Marker repaired in 2018 by KMT and Greenwood park staff. 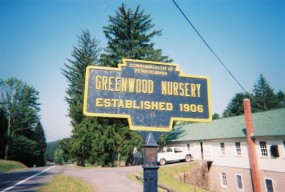 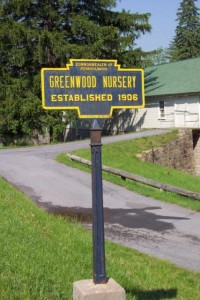 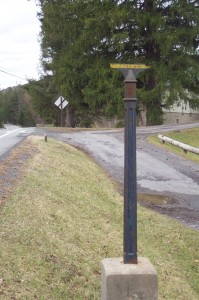 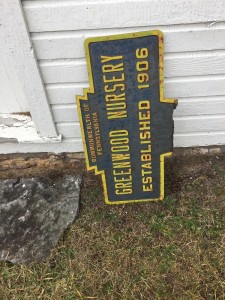 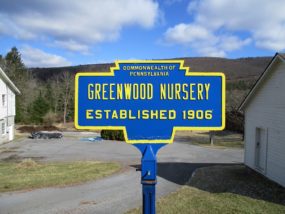 Located on PA Route 305 at east edge of the state park.