Present marker is a wooden replica that says “MVI” -Mountain Valley Incorporated.  This is a cover that is mounted right over the original intact cast iron marker for the hospital.

Although the outer marker replica itself is wooden and in need of attention, it has been nicely fit onto the base of the original top-mount post.   KMT is endeavoring to obtain this marker from the present private owner of the former hospital for preservation.   The “State Village” text is on the original marker which remains intact under the wooden MVI cover. 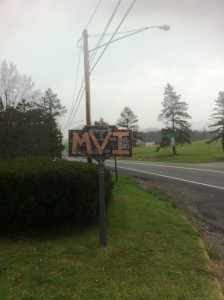 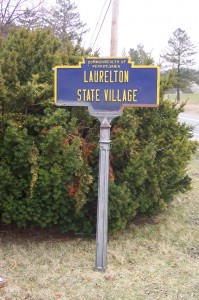