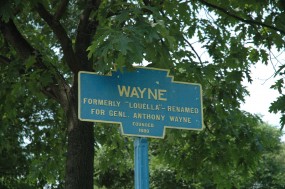 This is a real photo postcard, postmarked 1944, depicting the “Five Points” intersection of Conestoga Road, Church Road, Iven Avenue and Aberdeen Avenue. Hidden within the snow-covered foliage is this keystone marker in its original location.
Courtesy of Greg Prichard 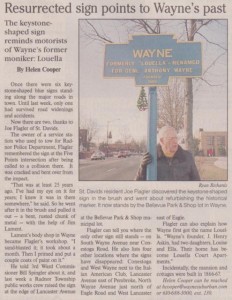 January 10, 2002, article in the Suburban and Wayne Times 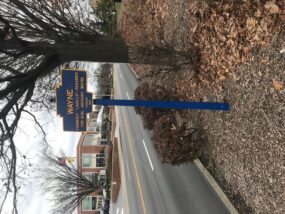 US 30 (Lancaster Avenue) near the intersection with Bellevue Avenue