At the site of the Penn tree nursery operated by the PA. Bureau of Forestry, this is a double-sided sign on a top-mount post like those used to mark stream crossings.

A similar marker is at the Greenwood Nursery site in Huntingdon County. It is located within the nursery property (Rt. 322 is now a modern multi-lane road). It was taken down after being struck by a vehicle many years ago. The nursery staff repaired, repainted, and reinstalled it in 1997, the 75th anniversary of this tree nursery.    All photos 2012 by J. Graham.

Many state facilities such as state colleges and fish hatcheries had keystone markers similar to these at the forestry tree nurseries.   Top three photos 2010 by J. Graham. 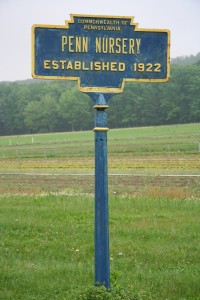 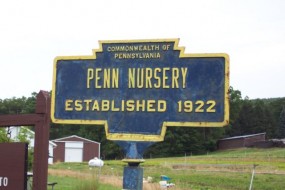 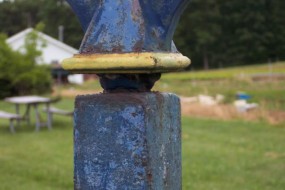 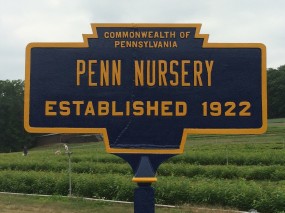 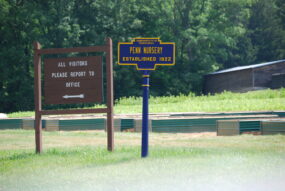