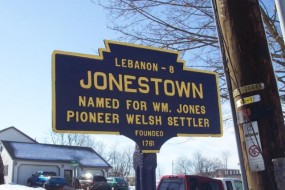 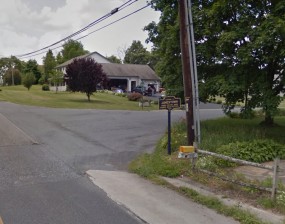 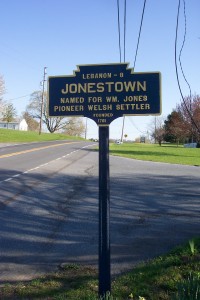 This marker has slightly different text from the other three. This is one of only a few towns known to still have four original signs. The road this one is on was likely originally PA Route 72.