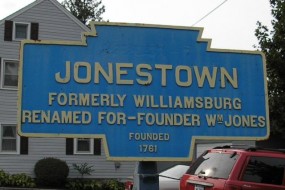 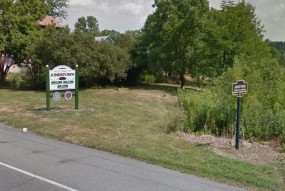 This is one of four markers at this town. The top line “next town” information has been removed, as the road to that town was cut off by construction of Interstate 78.