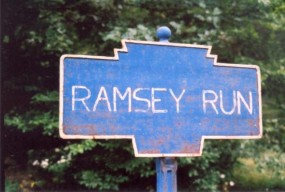 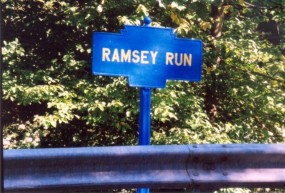 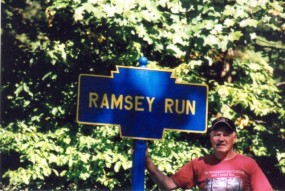 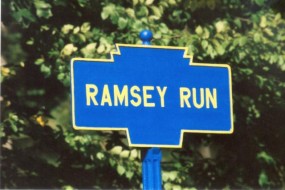 Very atypical stream marker.  Not only is it single-sided on a front mount post, but the letters are not cast.  They are simply painted on the marker.