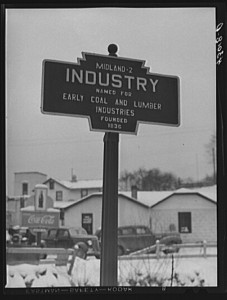 Photo from the Library of Congress collection of U.S. Farm Security Administration photographs. This photo was taken by Jack Delano circa January 1940. Other LOC info is as follows:
Title: Signpost at Industry, Pennsylvania

August 2015 photo by Mike Wintermantel shows marker has been taken down for repainting by local school. 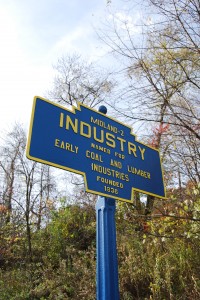