This is another of the rare Keystone Markers that note an historical event rather than a town or stream name, in this case the 1794 visit of George Washington to the nearby Russell Tavern.  Although now a private home, this structure still stands just a few miles north of Gettysburg.

Found and photographed in Nov. 2012 by J. Graham in a PennDot scrap pile.  This marker was originally obtained and installed in 1938 by the D.A.R. (Daughters of the American Revolution); it has been restored by DAR and KMT.  Reinstalled July 2013. 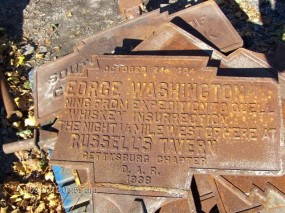 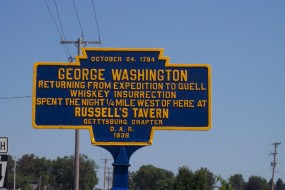 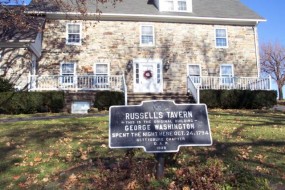