This sign is in the PennDot Scenic View parking area along U.S. 220 north of Muncy Valley.  Secretary Wright served in the early 1920s, and is believed to have been instrumental in the creations of the Keystone Marker program. Repainted June 2011 by Jim Carn. 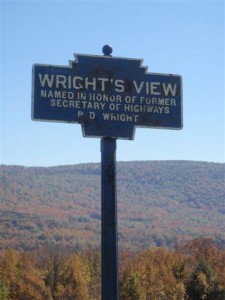 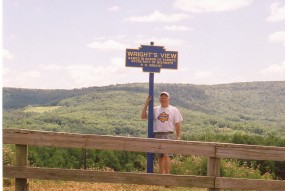 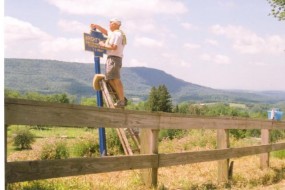